Hernan wonders about the many places where water can enter the house. It hasn’t rained in months. Now it’s also dripping on the armrest of this couch … Who is surprised, we are sitting on the South Atlantic. The rain swells through the roof of the conservatory. A plastic tarpaulin. No more than this, as well as their supporting wooden structure, separate us from the sea in terms of structure. From the wind that blows off, thousands of cubic meters of sand protect us from the dune that surrounds us. When the frenzy of the surf blurs under the rattling of rain, only the thunderclaws remain in the memory as bassists. Awesome. 23, 24, 25..And you think it tears the sky apart. It either helps to run from the „house“ into the car, or to look into the evergreen of the inner garden. Magical what 20 years of autonomous life can accumulate here. What the sea gives is eaten. What it washes up is nailed to the wall. Stunning. Written in white on light blue wooden boards: Iemanja. Lightning, thunder, thunder.

This fragrance of fermenting palm fruits and that of the blooming hemp plants is higly sedative. 3 months have passed. A whole season. This time with 145 instead of 1 hp up the dune, right in front of the door. We are separated by 3km of sand from the next piece of civilization/asphalt. What a terrain! Sea, beach, dune, coniferous forest. When the sea is not raging, its steady gentle noise in the background is an over-the-counter sleep aid. This place is wild yet gentle at the same time. I’ll be back because of magic.

Others who came-to stay-mostly didn’t have the choice. Escaping drugs, society or the state led many to ram their piles into the sand here. But these falter. Every day a wave can come, or the bulldozer. No grain of sand is private here. The people who inhabit these dunes occupy them at the same time. Water from the well, electricity from the roof and the food from the sea. A truly autonomous life. The flip side of the coin? If we could no longer come clean with this independence in Germany, there would be a network. State, friends, family … Whoever falls here, no one catches him. One could think the circumstances of life out here would unite people. The opposite is true. Seclusion makes people hermits. Credo: When everyone thinks of themselves, everyone is thought of. One morning I’m standing in the front yard of a man named Sergio. He invites me on a mate. So we sit together and sip the Uruguayos ‚ hotly loved drink. Slowly, he starts to tell of himself. He is in his early 50s, has 4 children and has lived here with his ex-wife for decades. Excessive drinking and opium consumption would have brought him here a long time ago. This is his second home – a cottage of no more than 20sqm. When I ask him where the other is, he silently points out to sea. Last year, the water came into his bedroom one night. All he could save was the clothes he wore and his chainsaw. Last winter, he said, was tough, as he suggests. 5 months of rice and beans. Out of respect for so much willpower, I fight the rising tears. How can I howl when he grins? I promise to come back. On the way back on the beach, I’m not quite at senses anymore.

I return to the house of the man who, as he says, made himself a man. How does he mean that? The stories of Hernan and Sergio are similar … After a kink in the life line, he found himself on the streets in young adulthood. He found his food in the waste of others and the pure happiness in syringes.

He found his personal way out of this one-way street here in Valizas on this beach. Here he built his existence out of driftwood and this has now kept him afloat for more than 20 years.

In the evening by the fire, I address Hernan to Sergio. From the answer I eat for weeks to come: „We don’t determine what we have.“ You have to have met people in order to understand all the levels of this statement. If Hernan had been sitting in the street in Germany, I might have walked past him without a notice of his existance.

During our 2 weeks encounter I’ve been taught more by him than I could write. As I roll off the beach, I take more with me than my new fishing net … 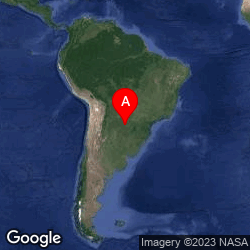